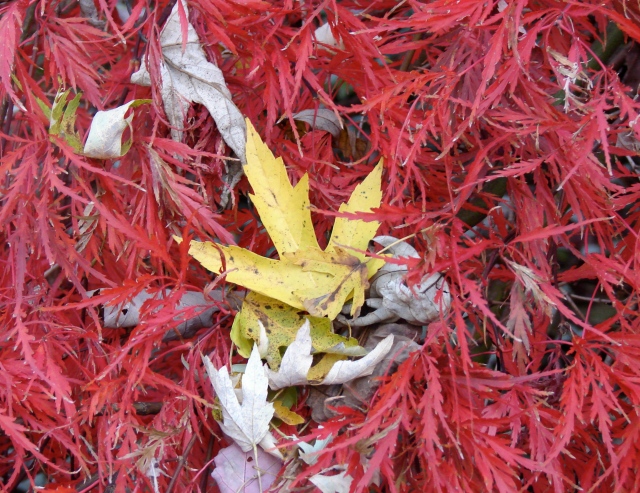 A bit over a week ago, I was hit with what felt like a ton of bricks … a cold/flu that according to what I’m hearing has had others in and around Charlottesville, dropping like flies.  It started with a slight sore throat one morning. By 4 pm that afternoon, I could barely stand.  I spent two days in bed, sleeping, reading, and feeling very sorry for myself.  My head was stuffed up, I went through a box of tissues in one day, and my throat was on fire.  I had a headache, and when I got out of bed, I felt light-headed, and had to move slowly so that I didn’t fall over.  Bill had to be away for some of the time, so I had to get my own meals and walk the dog.  Thankfully by the third day I was feeling somewhat better and if I rested between chores, it wasn’t too bad.  I was mad at the world for allowing me to get sick, I missed my mother who took good care of me when I got sick, and tried hard to make the best of it.

Over a week later, I’m still not 100%, but feel well enough to go out to shop and finally get to my desk.  Needless to say writing has gone by the wayside for quite a while and I’m feeling a bit frustrated.  But this too shall pass, as did the disappointment I felt when we had to cancel plans for a visit from my daughter, Lisa, her partner, Deena, and the two best grandkids a grandmother could ever have.  At 7 AM this past Thursday, when they were about to leave home and trek up to Virginia, Miss Zoe had a bad sore throat and a fever.  So we all conferred and decided that staying put in North Carolina was the best thing for them to do.  We did get together later in the day on Skype.  Zoe looked just the way I had felt earlier in the week, unable to keep her eyes open and rather weak.  Noah was full of mischief, smiles and happiness, but kept saying he was really missing us.

It’s actually turned out to be a blessing in many ways.  Canceling the trip gave me some extra recovery time and I’ve been able to catch up on a few things I’ve been wanting to do for weeks.  Also, that Frankenstorm, Sandy, is making it’s way up the coast and will bring big rain and winds has left us feeling grateful that the trip was called off.  Lisa and Deena would have spent the whole  time here worrying about their trip home, and I would have been concerned until I got a call telling me that they had arrived home safely.  So we’ve all been spared of worry and uncertainty, though we are also feeling sad that our plans had to be postponed.  We will see them all at Christmas and look forward to spending a good week together.

The forecast this morning said that starting sometime late tomorrow we’ll see the winds pick up. The worst day here is supposed to be Monday when we could get from 1 to 4 inches of rain and sustained winds of 35 to 40 miles per hour.  On Tuesday, we could see some wet snow flakes but only the higher elevations should see any accumulation of white stuff.  Knock wood, it sounds like we are going to be very fortunate.  Things could get extremely difficult the further north you are and the coast line is supposed to get a real beating.  I’m sending love and light to all of my friends, family, and everyone else who might be in harm’s way during this monster storm.

We’ve stocked up on batteries, filled the cupboard with fresh fruit and will ride out whatever we happen to get staying tucked in here at home.  Please stay safe this weekend.

6 Responses to The Best Laid Plans