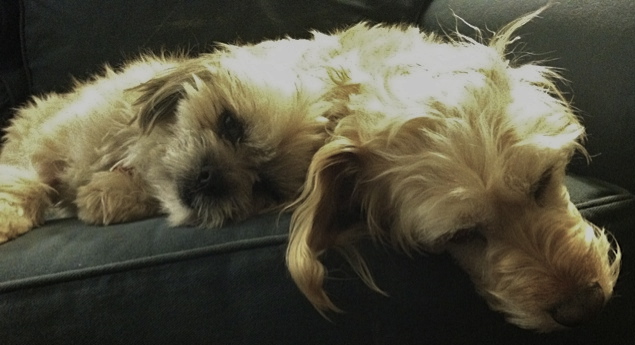 A week ago this past Friday, Brody died of pneumonia. He apparently had it for the entire six weeks that he blessed this household with his big heart and huge personality.

He lived every moment of his life with gusto.  When he was afraid, he turned snarly. He thought he was the biggest dog in the world and if he didn’t like you, he tried to make you as afraid of him, as he was of you.

When he slept, he slept deeply.  He loved lying on his back in my lap and have his tummy rubbed.  His head would drop toward the floor, his eyes would roll back into his head, and he’d snore a little.

He ate like it was going out of style, afraid that someone might steal his treasure, but there was no food aggression.  He never tried to get Sam’s food away from him and never seemed to be jealous that Sam was getting more attention than he was.

He played the way he did everything else, emptying a large basket filled with toys in minutes, seeking out the noisiest squeakers he could find.  He’d roll on his back, flipping his chosen plaything up in the air, catching it in his mouth and between his paws.  The living room floor was always a maze of stuff that Brody brought out to play, and if I picked it all up and put it back in the basket, he’d immediately begin emptying the basket over again.

He was always happy to see me, running at full speed through the door and into my lap just the night before he died, after Bill had picked him up from “Doggy Daycare.”

He loved with every cell of his body, consuming those he loved with his deep, dark eyes and his smile. Mornings, I’d lean out of bed, open his crate, and he’d jump up on the bed, waking me with his kisses. He loved Miss Lily, the cat, with as much love as he had for Bill and I, and simply adored his big brother, Sam.

Except for some coughing and sneezing that became nonstop the night before he died, he never showed signs of being sick.  He ate well, played well, lived well.  He had been examined by at least three veterinarians and they never picked up that his lungs were filled with fluid. His presence and his passing have served to remind me of how all of us must live … with gusto … with love … taking nothing for granted.

We all miss you, Sweet Brody, but we know you’re up in heaven somewhere, amongst the other angels, Molly, Charlie, Peppermint, Hannah, and Cleo, who blessed our lives before you. We’re taking your cue to live well and will soon be welcoming another little doggy soul into the place you kept warm for him. 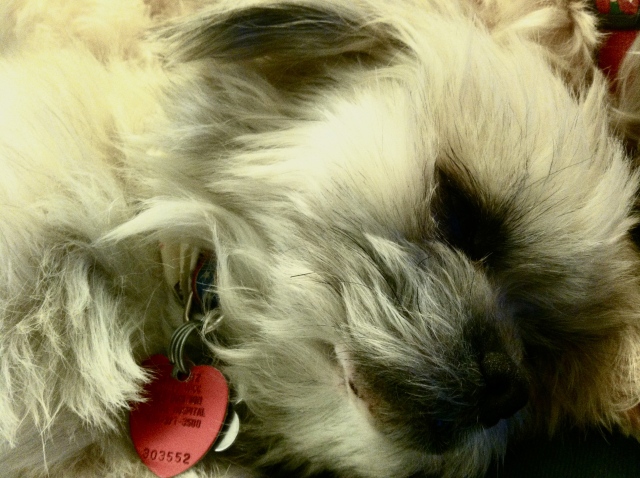